Alicia Beth, Ph.D. -- Alicia has worked in a number of roles over 20 years in education, including as a middle school special educator and dyslexia specialist, EC–12 diagnostician, undergraduate and graduate instructor, researcher, program evaluator, and grantwriter and director. She is currently Assistant Professor of Education and Department Chair of Core Education at Landmark College in Putney, VT. She also holds part-time roles teaching future special educators at Northern Vermont University and assessing children in North Country Supervisory Union for special education services. She is mother to four neurodiverse children and identifies as neurodivergent herself.

Barbara Edelman -- Early in her career, Barbara worked in marketing and development for a special-needs school in Connecticut and for an LD advocacy organization in New York, but since 2014 she has called Vermont’s Northeast Kingdom home. Here, Barbara has worked as a development officer for a meditation retreat center, an organization dedicated to using the arts to build community, and a bakery/café dedicated to addressing barriers to successful reentry of formerly incarcerated individuals. Barbara, who also volunteers for the Community Restorative Justice Center, is acutely aware of the connection between neurodiversity and the U.S. criminal-justice system. Barbara’s current professional role is Food Access Coordinator for NEK Community Action.

She and her partner live in St. Johnsbury, and she has an adult daughter who lives and works in Burlington. 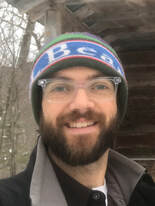 Sam Graulty -- Sam grew up in Berkshire County in western Massachusetts and attended the University of Vermont (Natural Resources '08). His work has mostly focused on youth and young adults. As an educator, camp counselor, outdoor program director and professional development specialist, he has worked to both connect with young people and connect them to unique experiences. He now works as a program coordinator for Generator in Burlington, a maker space that provides tools, expertise, classes and other programming for the community at the intersection of art, science and technology.

He lives in Jericho with his wife Maddie and cat Jamón, getting outside as much as possible (on bike, boot, boat, shoe, skate or ski). 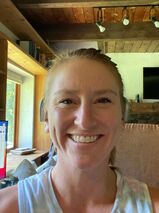 Katrina Kretschmar -- Katrina got her start as a youth-engagement AmeriCorps member in the New Hampshire afterschool network. She was part of the first afterschool credentialling system in the state, and was awarded the Mary Stewart Giles Award for promoting excellence in out-of-school time through her contributions to the professional development of future leaders. She fell in love with training educators about nurturing a sense of belonging, engagement, and connection in all students.

From there, Katrina led programs for 4th-12th graders and then, through a federal career-transition program in Colorado, worked to create partnerships with industry leaders by training them on mentorships and effective internship models. As someone who is ADHD and who sees that as her superpower, Katrina is driven and passionate about the neurodiverse community and the education systems in which they grow and learn. She is highly motivated to create a world where we all belong, connect and engage.

Living in northern Vermont since 2018, she now works independently as a trainer and consultant towards those same goals. 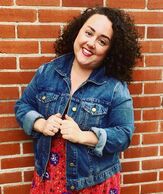 Sunny Naughton -- Born and raised in the Northeast Kingdom of Vermont, Sunny Noelle Naughton is a nationally recognized facilitator, entrepreneur and experienced networker with over 20 years of presenting experience across the United States and New York City. With a background in human services, journalism and the entertainment business, and a Master’s Degree in Leadership, she has followed her dreams through many industries.

Sunny has worked with greats such as Martin Charnin and Tommy Tune as well as having received a Community Outreach Award from both the Governor and State Health Director of Vermont in 2019. Most recently Sunny advised Governor Phil Scott on proclaiming May as Mental Health Awareness Month in Vermont.

She now lives in Newport with her partner, where she directs the marketing/communications consultancy Sunshine Silver Lining, LLC. She also conducts Mental Health First Aid trainings for educators and professionals across the country. 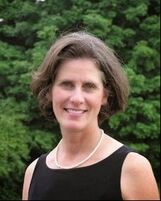 Dorothy Schnure, Chairwoman -- Dotty worked for Green Mountain Power since 1982, managing all aspects of corporate communications and media relations. She retired in 2018. She graduated from Bucknell University with a degree in English Literature in 1975.

Dotty lives in Hinesburg with her husband, Willem Leenstra; they have two daughters and five grandchildren, including her most recent granddaughter Hanna, born on Earth Day 2020. 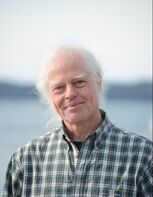 Brad Smith, Executive Director -- For many years Brad coached others to write, in publishing in New York City and then as adjunct professor of Writing & Literature at Johnson State College (now Northern Vermont University). In 2005, he was unexpectedly launched on a years-long odyssey with his only child, who as a neurodiverse learner experiences the world very differently. Last year, that child earned an M.Ed. in elementary education. Their painful, rewarding journey together was an education for the whole family, and continues to be. Brad started VLSI in 2016 hoping to make the road to and through college more accessible for other neurodiverse teens and their families.

With a B.A. from Bucknell University and an M.A. from New York University, and years of teaching and working in college environments, he understands the developmental importance of higher education.

He lives on the edge of Vermont's Northeast Kingdom, where the stars shine most fiercely in winter's deepest cold. 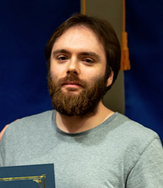 Steven Vitt, Secretary -- A recent graduate of Landmark College (Bachelor of Arts in Liberal Studies, minor in Education), Steven has strong interest in education and neurodiversity.  He conducted multiple internships with Landmark’s Center for Neurodiversity as well as investigated the concept of ‘normality’ and its relationship with learning differences for his Capstone project.  He also has worked with neurodivergent high-school and college-aged students in residential settings.

Steven identifies as neurodivergent, having grown up diagnosed as ADHD and NVLD. After facing his own challenges growing up, he wants to use his experiences and knowledge to have a positive impact for those on a similar path. Originally from Boston, he now lives in Rockingham.
Vermont Learning-Support Initiative​